I bought my daughter her first Barbie entirely unexpectedly. 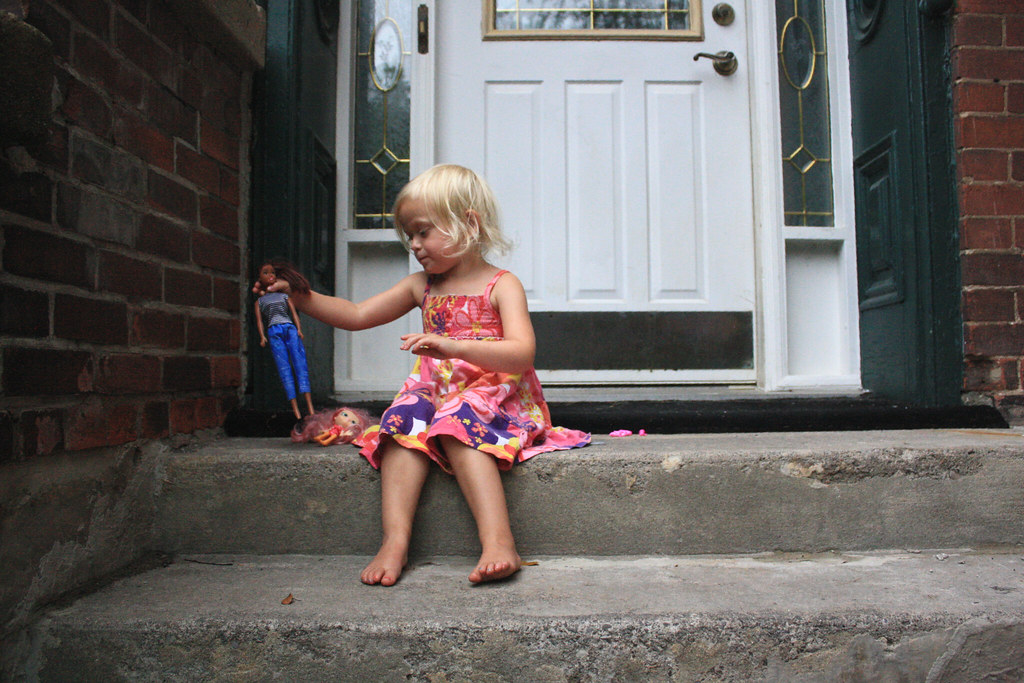 It was a rainy, grey Monday. As usual, once she tired of her 15 minutes of iPad time, Isabel asked her daily question, “Where we going? I wanna go somewhere!” She’s an active, social kid and we rarely get through the day without a trip, well… somewhere.

The night before, I had begun making plans in my head. The conservation area. We would bring the net friends had just given Isabel for a birthday gift and go catch (and release) frogs and tadpoles. We would collect smooth stones into piles of dark and light. We would wander the trails, our eyes out for fresh raspberries growing wild. We would spend the morning outside.

When the day dawned cool and grey, I knew those plans were not going to pan out. I turned to my next favourite thing to do with my toddler: painting. But, our supplies were low, and she always likes a good trip to the dollar store, so, off we went.

She was thrilled to be there. As is our normal, I told her she could pick one treat, something small, candy or a toy, that she could have at the end of our shopping trip. Early on, she found a handful of suckers and held on to them pretty tightly. We made our way to the craft aisle. I lingered over decisions about paintbrushes, canvas, and sketchbooks. She took off down the aisle, as three year olds often do, and returned a moment later holding a familiar shaped box. Long. Kind of skinny. Very pink.

She held it out proudly toward me. Barbie. “I want this, Mumma!”

“Are you sure?” I said, leaving behind the sketchbooks. “I don’t know how I feel about that, Isabel.”

“Please, mum?” Isabel gets tense, her expression guarded, when she thinks she might not get something she wants. “Barbie! I want this!”

“Let’s go look,” I said, leading the way in the direction of the aisle she had plucked the toy from, hopeful that I might find something else to divert her affections. I suggested another doll, a baby, lacking the long legs and full bust that make Barbie so problematic. I even attempted to encourage the tiara and wand set her fingers lingered over briefly. But nothing else caught her eye so completely.

Over the past number of months, Isabel has become the girly girl I never expected to raise. Dolls. Dresses. All the toys from the pink aisle at Walmart. I know how this has happened; her daycare is all girls, and there, she’s being exposed to all the traditionally feminine toys, some of which, like Barbie, are just a touch above her age level. This is something I’m unwilling to change. Putting my daughter through a daycare transition because of my own prejudice against the gendered toys she plays with there seems unfair and maybe a little over-the-top.

So, my child’s life is, for three days a week, out of my control. But I do get to choose how I react to the change, and here I was, standing in a Dollar Tree toy aisle, wondering what the right way to deal with this was. There is no denying that Barbie is problematic. There’s the unnatural beauty standards, there’s the question of age-appropriateness.*

But, more importantly, I gave my daughter a choice. I had empowered her to look around the store, find something that she wanted, and walk out the doors with it. Taking back that freedom from her little three-year-old hands felt wrong. And what if I did say, “No, Isabel. Not this. Anything else, but not this”? What message would that give her?

Toys for girls aren’t as valuable, interesting, fun as other toys.

The toys I like aren’t as valuable, interesting, fun as other toys.

(I am not as valuable, interesting, fun.)

Perhaps I’m overthinking this, giving a doll too much power, maybe, but I never want Isabel to think of herself, of girls, as lesser.

She made a choice. She made that choice entirely on her own. And sure, she’s three, and I’m the parent in this situation. But even three year olds should know that, when they’re told they get to make a choice, they actually get to make that choice. Standing in that aisle, I decided to put aside my discomfort with a toy that goes against so many of my principles as a parent and honour my daughter’s right to choose something she likes. I don’t know if it was the right decision. I don’t know if there actually is a right decision in this case. I do know it made her happy, so happy.

After we safely made it home and watching Isabel play with the doll for a while, a long-time Twitter and Instagram friend sent a little encouragement. Perhaps Barbie can open up some opportunities, rather than merely being the start of pushing Isabel into the box of beauty standards. Use Barbie to talk about different bodies. Give her a name and a career. Maybe this doll doesn’t have to have all the baggage that its inventors and the world have put on her. Can she be a positive influence? Can I turn her in to a good role model for my daughter? 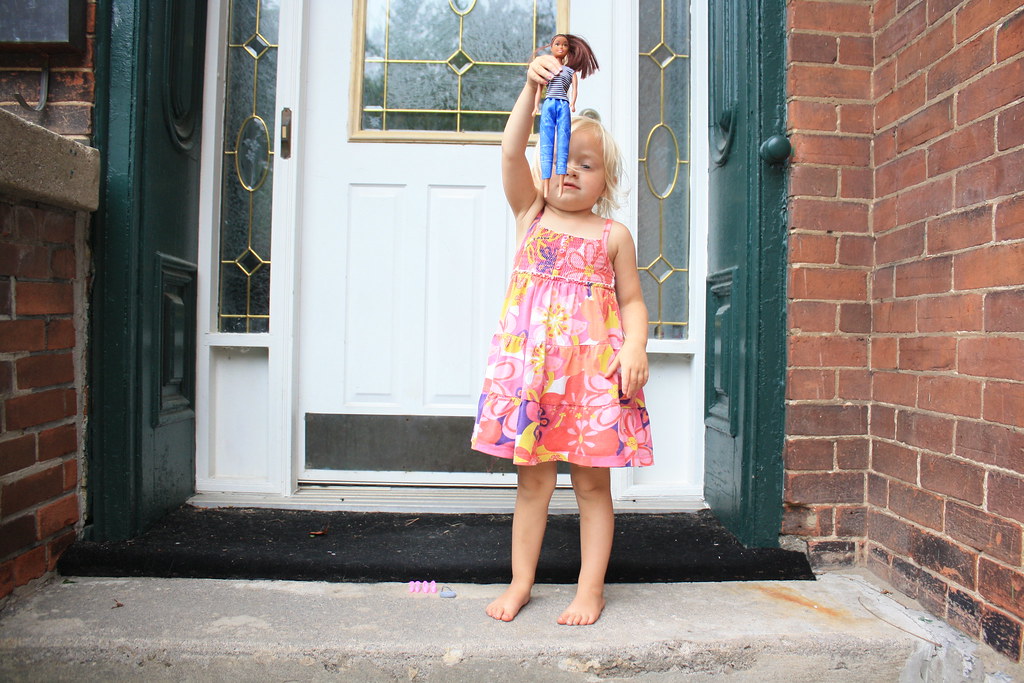 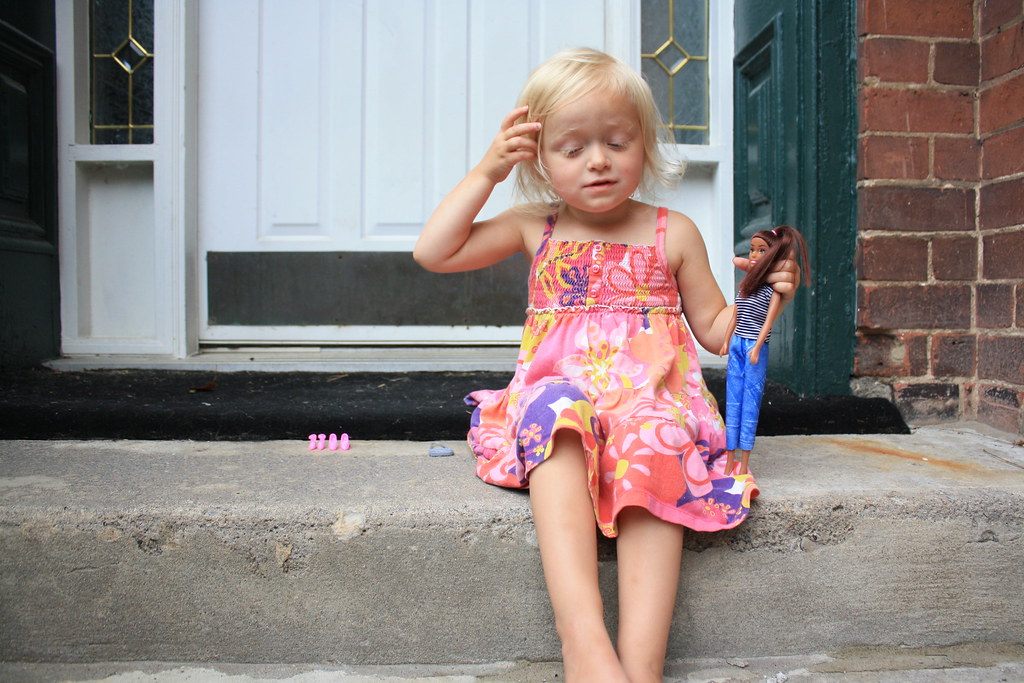 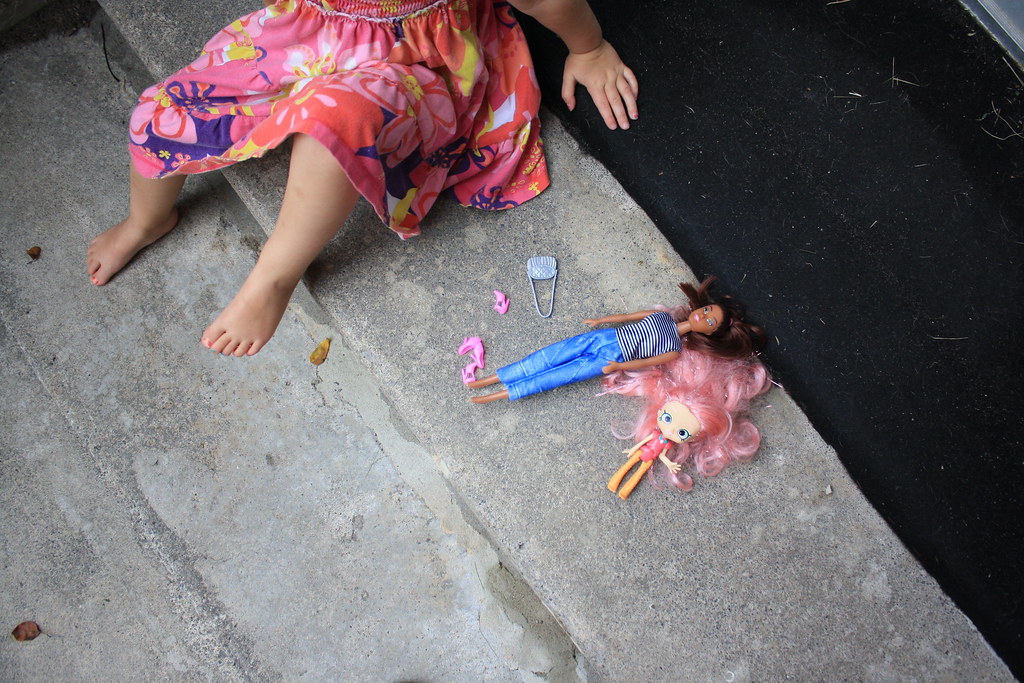 I hope so. One way or another.

* There are also a ton of issues related to the sketchiness of Mattel’s business practices, but this was not a Barbie branded doll, so I feel some comfort that at least Isabel wasn’t begging me to support a seemingly corrupt company.